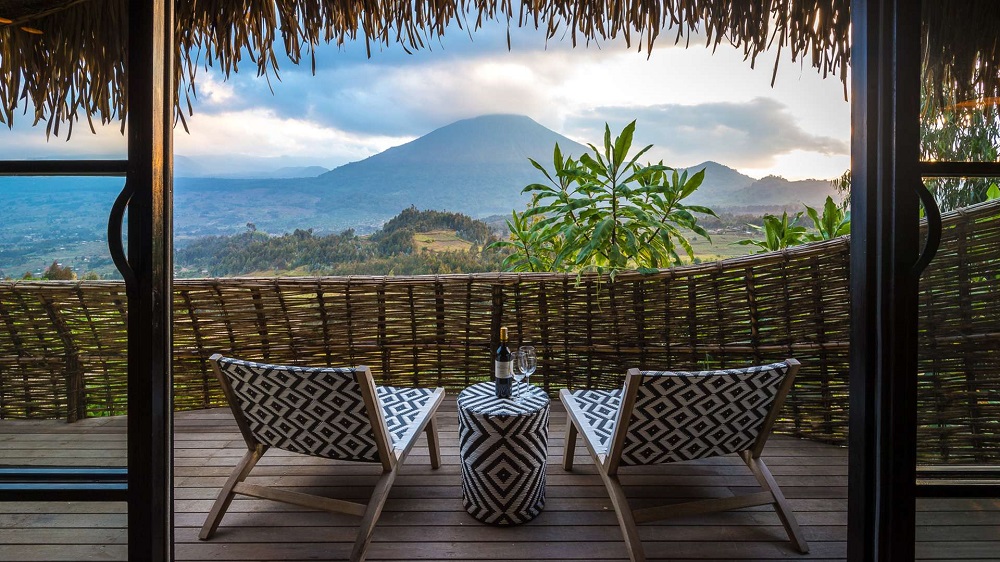 Our latest exploration of this special continent has taken us into Eastern Africa, which has revealed to us spectacular safari gems for both traditional wildlife and species specific journeys.

As with our top three recommended Southern Africa safari destinations, each country in Eastern Africa has its own natural splendour, rich bird and animal life, and the opportunity to journey through wilderness areas that are diverse and often untouched by human development.  So, if we had to choose, these would be our top recommendations for Eastern Africa, based largely on what we and our guests have uncovered about them.

From the forested mountains to the highlands surrounding Central Africa’s largest protected wetland, Rwanda’s title as the ‘Land of a Thousand Hills’ rings true. 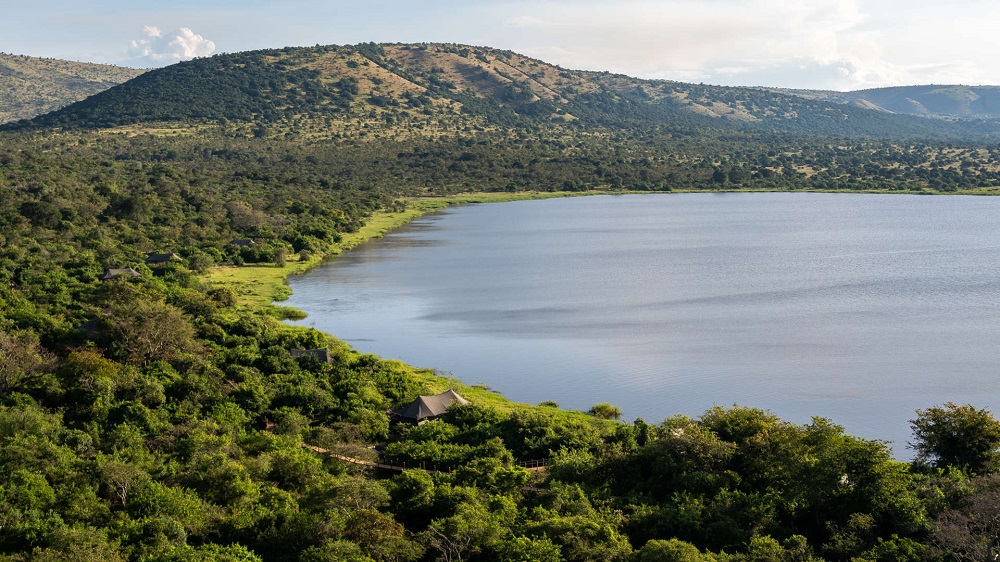 Akagera National Park regained ‘Big 5’ status in 2017 when black rhinos were reintroduced to the park, following the reintroduction of lions two years earlier. Along with being Rwanda’s only Big 5 park, it is also the last remaining sanctuary in the country for savannah-adapted species such as elephant, giraffe and the rare sitatunga antelope. Last year, Akagera welcomed Wilderness Safaris’ latest luxury camp, Magashi, which overlooks Lake Rwanyakazinga and offers boating and game drive safaris. 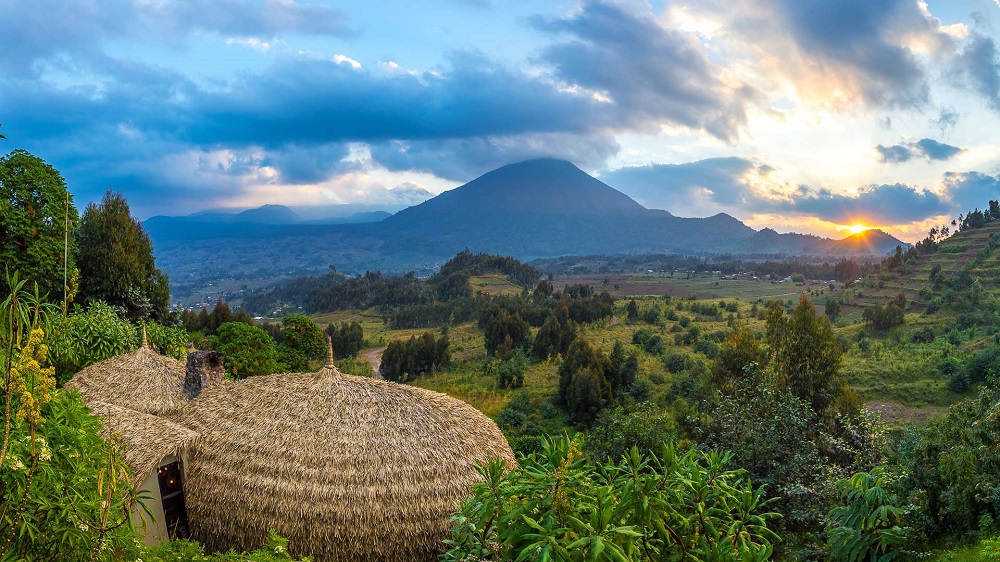 For decades, Volcanoes National Park has been drawing travellers to follow in the footsteps of wildlife legend Dian Fossey and track mountain gorillas. Amidst its emerald forests there also lives golden and red-tailed monkeys, black-fronted duiker, three-horned chameleons and bird species endemic to the Albertine Rift, along with various other rainforest species. From the five-star Bisate Lodge, the peaks of two volcanoes in the Virunga Mountain range make for dramatic views.

Considered by many to be the birthplace of the safari, Kenya is an Eastern African bucket list destination for people the world over. From the great wildebeest migration to some of the largest elephants in the world, we love Kenya for its huge herds. 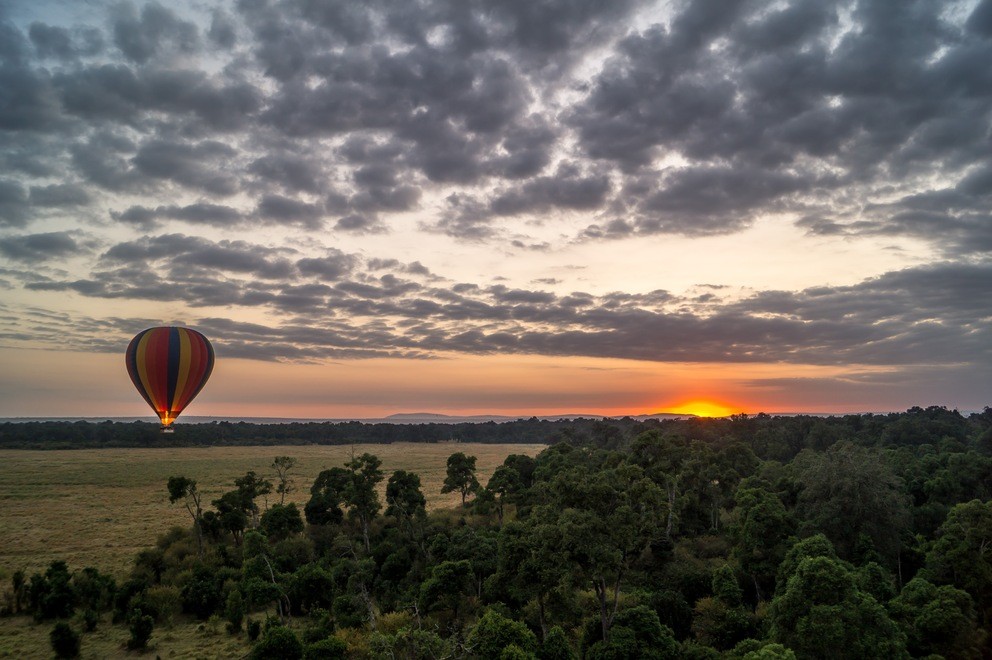 Imagine over 1.5 million wildebeest, zebra and antelope galloping across the savannah plains of Kenya and into Tanzania as they make their annual round-trip journey that follows the rains. The Maasai Mara National Park is predominantly where the action happens on the Kenyan side of the migration. You can witness this wildlife spectacle from a hot air balloon or the more traditional game vehicle while on a luxury safari experience based, for example, from Governors’ Camp on the banks of the Mara River. 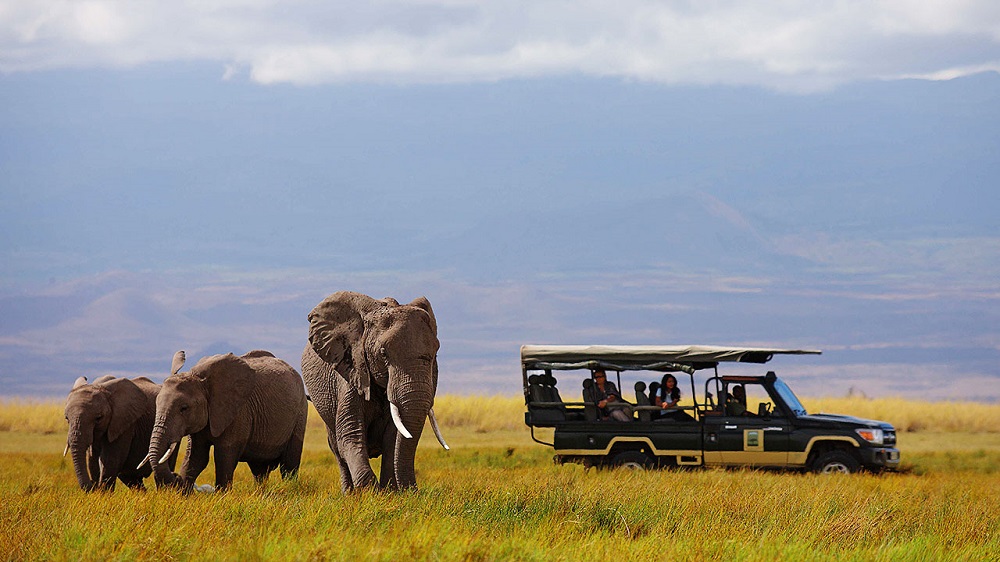 Amboseli National Park spills over from the foot of Mount Kilimanjaro from neighbouring Tanzania and its wetlands, woodlands and savannah plains are the playground of Kenya’s large ‘tuskers’. These elephants are some of the biggest – in terms of body and tusk size – in the world and make up a population of over 1000 in Amboseli. This elephant lover’s dream destination can be explored by game drive or guided walk from the Elewana Collection’s Tortilis Camp.

For a safari holiday destination for the multi-generational family, Tanzania is an impeccable choice. It has the rich cultural heritage of one of Africa’s oldest people, an incredible variety of national parks and game reserves, and a wide range of family-friendly accommodation to choose from. 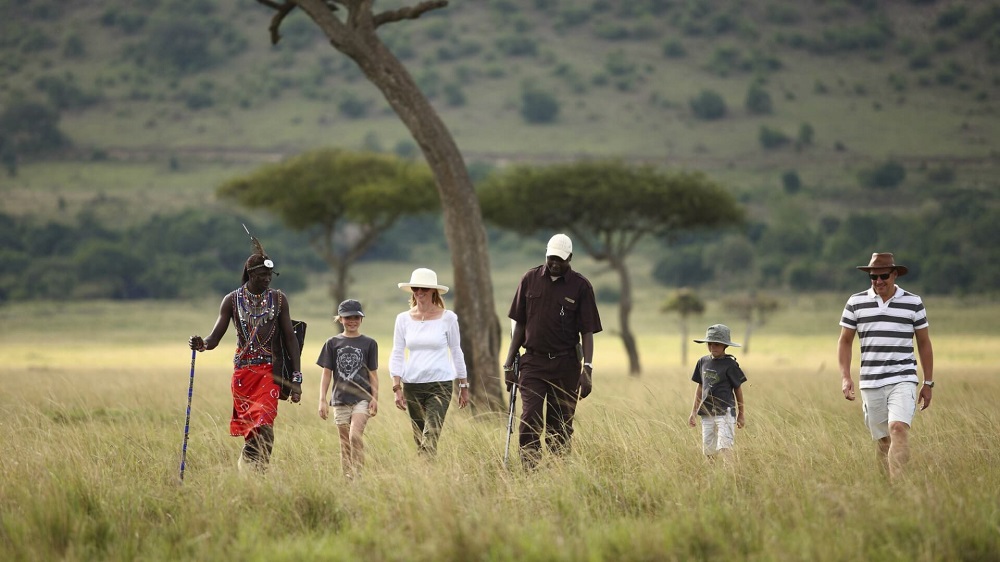 The Ngorongoro Crater is a three-million-year legacy of a large volcano exploding and collapsing in on itself to form what is now the world’s largest inactive, intact and unfilled volcanic caldera. It is a sanctuary not only to all of the Big 5 animals and over 500 species of birds, but the greater conservation area is also home to Maasai communities who have been deeply connected to this land for centuries. Head out on foot with your Maasai guide from the child-friendly andBeyond Ngorongoro Crater Lodge and have the privilege of learning about the natural world through their eyes. 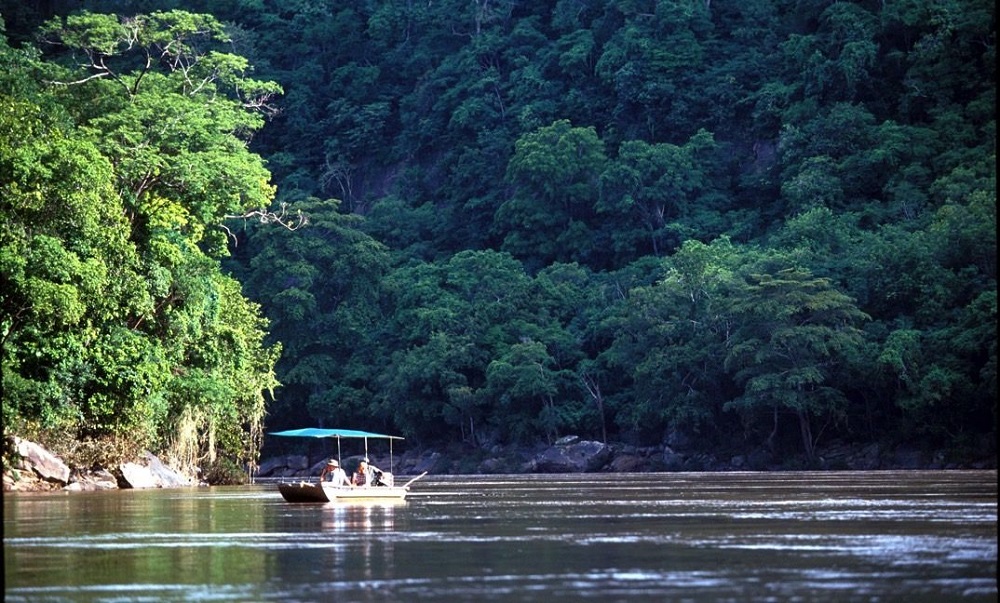 Located in Tanzania’s southern safari circuit, Selous Game Reserve offers game-viewing by boat on the Rufiji and Great Ruaha rivers, which pass through largely untouched wilderness. From these rivers, the hot volcanic springs and sporadic lakes encourage unique experiences on safari. Kiba Point is suited to families with older children that will feel comfortable discovering a particularly remote part of Tanzania.

Contact us to explore what safari destination in Africa will best match your particular travelling style, interests, budget and time-frame.